Nicknamed the "Peach State" and the "Empire of the South", Georgia is the largest state in the southeast. Its Blue Ridge Mountains in the northernmost part of the state descend into rolling hills and eventually the coastal plain, which is known for its moist, rich pastures.

Georgia is home to a booming economy with 15 fortune 500 companies, and produces much agriculture and goods. Though mainly famous for its peaches, Georgia is a large producer of other products such as cotton, tobacco, poultry, and peanuts, producing twice as many peanuts as the next leading state.

Atlanta, the state's largest city and capital, is the hub of communication and transportation of the Southeast. This historic city was a Confederate stronghold and saw extensive military activity during the Civil War.

The coast of Georgia is only 100 miles long from the Savannah River to the St. Mary's River, and yet the Georgia coast has a higher percentage of waterfront property in those 100 miles than the states of Washington, Oregon and California combined.

While the South is known for warm summers, the climate is actually more agreeable than that in many Northeastern states.  For instance, you’ll rarely see snow on the ground in Savannah (that’s reserved for those “100-year storms”).  You will find that winter, spring, and fall are quite comfortable, with moderate temperatures.  The summers are warm, certainly, but no warmer than what you might find in New York.

Georgia’s coastal population is expected to grow 50% by 2030, rivaling the growth rate of Atlanta. 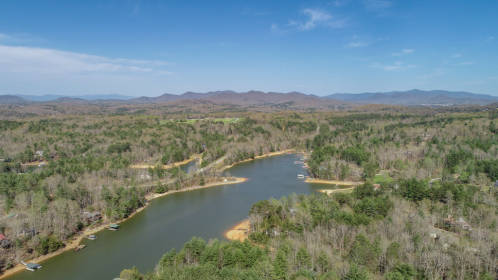 MOTIVATED SELLER SAYS DON'T BE SHY !!! BRING US AN OFFER !! BUILD-ABLE LAKE FRONT LOT WITH OVER 2 ACRES. Come take a look at this perfect oasis for your dream home. The luxurious Thirteen Hundred Community offers a gated access, all paved roads, community club house with pool and splash area for the kiddos and way to many other amenities to mention. Very low HOA fee's for all the community has to offer. 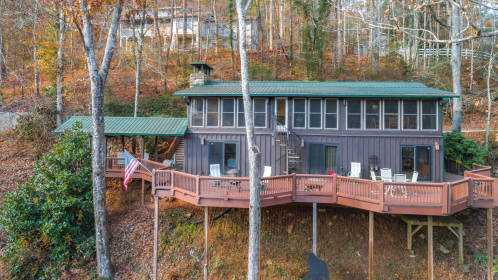 Aska adventure area Toccoa River front income producing property. Sit and listen to the cascading rapids from the comfort of your very own decks. Gorgeous home with tons of upgrades. Newer kitchen appliances, custom baths. This property features the main home, a private sauna oasis, and a separate fully functioning rental suite. The possibilities are endless. Call me today for all the details and to schedule your showing today. 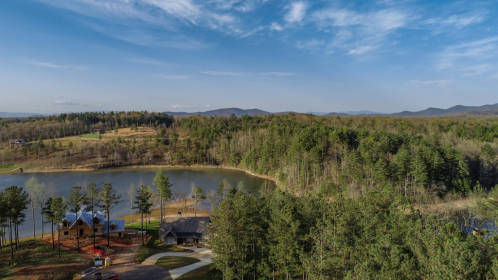 Leave the hustle and bustle behind. Once you punch in the gate code you will immediately start to feel all the stress of the world wash away. Gorgeous Lake Lot in the prestigious gated community of The Cove at Thirteen Hundred is ready for your dream home. DOCK PERMIT IN HAND !! Corner Lot is very easy and gentle to the lake. Community amenities include Community club house with salt water pool including a kiddie splash pool. Equestrian area with new stalls and barn, miles of riding trails. Lake side village area with docks. Paved roads and gated access. Bring your boat, canoe, or even a paddle board. Your mountain lake life is calling. 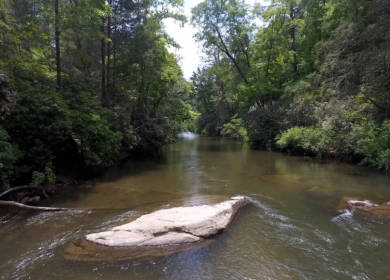 A RIVER RUNS THROUGH IT !! Untouched Toccoa River lot. Do you daydream of spending your days on the river with your fly rod in hand? If so this is your dream come true. Nature abounds here from the rainbow trout, brown trout, and even the occasional brook trout in the Toccoa River to the turkey and deer that visit by land. Peace and tranquility is what this property is all about. 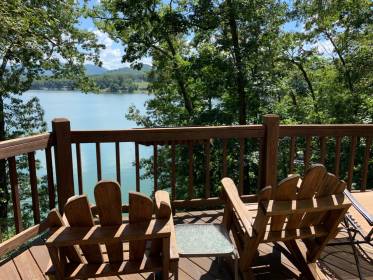 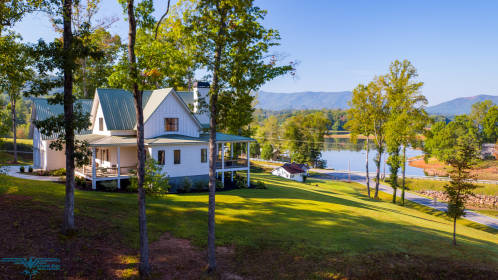 QUALITY CUSTOM NEW HOME with amazing views of Lake Chatuge and the Surrounding Mountains. This 4 bedroom, and 4 1/2 bath custom built home allows you to have one level living at it's best as the master bedroom and the laundry are on the main level. The spacious master bath has a craw foot cast iron tub to relax in, and a large tiled shower. Enjoy the gourmet kitchen with custom granite countertops. The great room features a large stone fireplace. Sit on the large covered porch to enjoy the relaxing mountain and lake views. Your family and friends will enjoy the 3 bedrooms upstairs and 2 baths. The oversized garage offers plenty of workspace for a handyman. The garage also offers upstairs heated and cooled bonus room and bathroom. The home also comes new high efficient heating and air systems. Enjoy the community gazebo and your deeded boat slip. Perfect Mountain Getaway with Lake Access. Property: 97 Julius Way, Hiawassee, GA 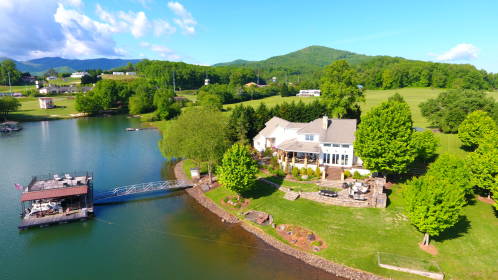 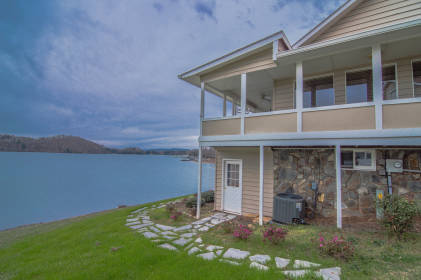 LAKEFRONT LIVING WITH AMAZING LAKE AND MOUNTAIN VIEWS! This three-level, lake front townhome in immaculate condition is in the heart of downtown Hiawassee offers super, long-range lake views & magnificent sunsets, deck and patio overlook wide open lake views, loft bedroom has half bath. Main Level has vaulted ceiling in Great Room with wood-burning fireplace, kitchen and half bath. Terrace Level has two bedrooms each with full bath and laundry area in hall. Community multi-slip dock facility so unit has dock space. This home would make a terrific primary or second home or use as rental unit. 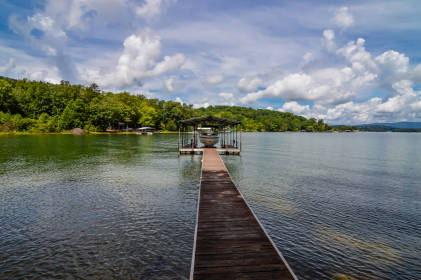 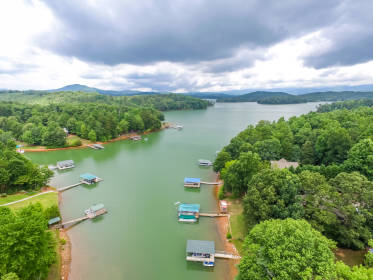