One of Minnesota’s nicknames is “Land of 10,000 Lakes”, meant to indicate the sheer wealth of lakes, measuring in size from large to very small. But there are another 1,000 lakes on top of that number.

The majority of the State’s residents collect themselves close to one of the larger cities. Minneapolis and St. Paul, the Twin Cities, are surprisingly sophisticated and cosmopolitan, particularly among their arts and culture sectors. This propensity for the population to huddle close together may be why Minnesota is proud to be one of the most successful states when it comes to having a literate population.

Geologically, the layers of rock that lie beneath the surface of Minnesota are ancient: limestone, basalt, gneiss, and granite. The southeastern corner of Minnesota may be ripe for the development of sink-holes. In fact, the small town of Fountain, Minnesota is nicknamed “Sinkhole Capital of the World” for its large number of sinkholes. Groves of trees out in the middle of fields look to be standing up to the middle of their trunks in deep, circular depressions. Geologists explain that sinkholes occur when the underground rock strata, typically limestone that has been formed into cave-like honeycombs, crumbles under the weight of the earth. Some sinkholes are small and others are very large.

Large retail giants that got their start in Minnesota: Target, Best Buy, and 3M. Target, an upscale department store, continues to cut into deeper markets in all kinds of communities. Part tourist spectacle and part mall, the Twin Cities Mall of America still holds the award for world’s largest mall. It has a small amusement park inside it, complete with roller coaster.

National Public Radio show, A Prairie Home Companion, comes live each week from its home venue, The Fitzgerald Theater in St. Paul. This show has garnered a cult following unusual for radio. Populated by a predominantly Nordic ancestry, a large number of Minnesotans eat lutefisk, a whitefish preserved in lye. From October to November each year small towns around the state sponsor Lutefisk dinners. Locals may gorge themselves at community style sit-down dinners where featured Norwegian delicacies include lutefisk and lefse, a thin tortilla-like sweet bread that is often spread with butter and brown sugar 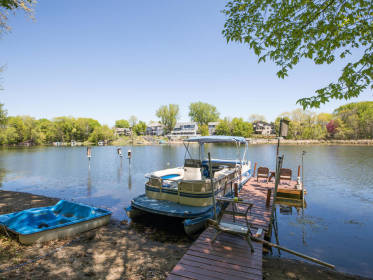 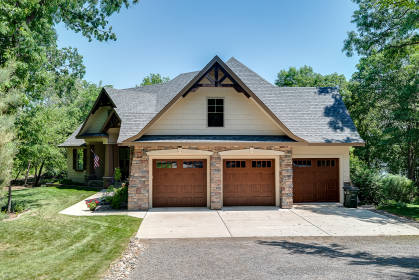 QUIET AND SERENE, CUSTOM BUILT AND WELL CARED FOR HOME ON LOCKE LAKE!!

Quiet and serene, custom built and well cared for home on Locke Lake. So many things make this a rare find... lakeshore within Monticello school district, close to the metro and all located on over 2 acres! Enjoy the beauty of the natural habitat and beautiful landscape, sit around the fire or the large deck and bask in the sun on the lake. Welcomed by the cozy front porch, the inside of this home highlights a gourmet kitchen with tons of storage to keep you organized, 3 bedrooms plus an office that can easily be a 4th bedroom, a master suite with a private bathroom spotlighting dual sinks and jetted tub, bright and open living room with gas fireplace and a wall of windows and a full walk out basement that's ready for your final touches. Most rooms will give amazing views of the lake to enjoy all year long. Don't miss out on this one! 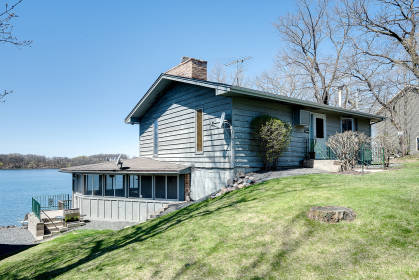 Lake Charlotte's coveted south east corner; enjoy the amazing sunsets and over 105 feet of hard bottomed super sandy lake shore and beach. This amazing property features two living spaces/homes and three garages that are all finished, insulated and heated. This is a rare property with room to grow or to add your finishing touches to make it that "special" estate style property. Imagine sitting around the campfire yet this summer enjoying the sun, the sound of the waves, the cry of the loons, enjoying the lakeside sauna or just grilling out! 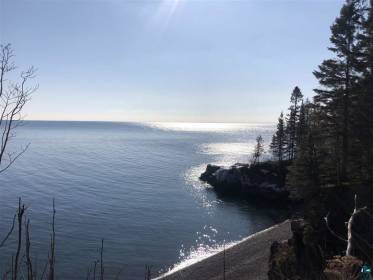 Your dream home would love me!! A note from me, the land: I have been surveyed and enjoy the different views of Lake Superior everyday. Some days the waves are so big I feel like they are going to come up and touch me, but I am just high enough that I am safe! I have the ability to be connected to the shared sewer and the neighbors drilled well so that will save my new homeowner a lot of costs! The great people from the HOA plow so you can access me year round. We all share the land in this great HOA and there is a pretty awesome ladder that cranks up and down (so the waves don't destroy it) and all the people get to use it to access the beach and have a bonfire by the water in the moonlight or explore in the caves down below me! I also have lots of wildlife friends that would welcome you to the neighborhood. Excited to meet you! Your friend the Land 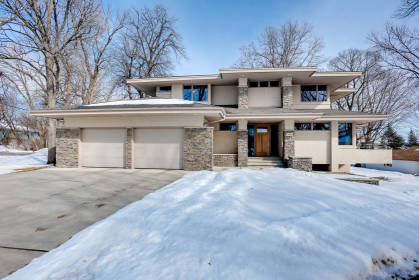 Exceptional custom built/designed home on one of the areas finest spring fed lakes - Lake Pulaski. This home has a contemporary feel, with prairie style and Frank Loyd Wright influences, which flows throughout each room. Highlighting a serene setting, lake facing rooms, unique cantilevered deck, screened in porch, quiet cul-de-sac, mature trees, walk-out basement, and much more that makes this a must see to believe property. 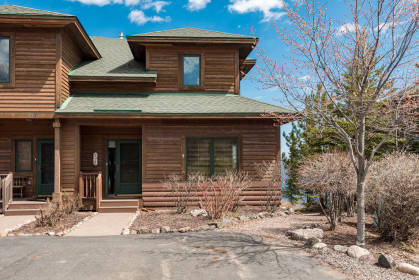 Wonderful Lake Superior Townhome with spectacular view from every room in the house. This beautiful, well kept home is currently being lived in year round. It is a spacious 2 Bedroom 2 bathroom with loft area that is currently being used as an office. Stunning 20' ceiling to enhance the natural light form all levels, and when that sun is too bright you can use the motorized blinds to control your amount of sunlight. The Master Suite has wonderful views and lots of space for dressers, workout equipment or comfy chairs to watch the boats go by. Many updates for these owners are the engineered hardwoods in the Kitchen, living room, and dining room area,appliances, complete vapor barrier in the basement and a new furnace and water heater. This Townhome is on the south end of the building so you do get a lot of natural lighting which is wonderful, and is connected to City sewer and water. Another bonus for owning in this development is you have access to the pool and sauna,plowing, lawn care, exterior maintenance and garbage all included in your monthly HOA fee. 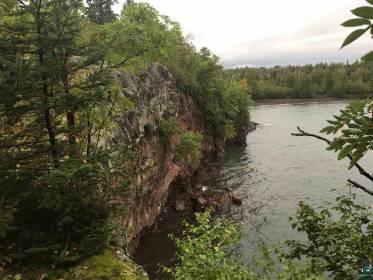 Spectacular shoreline with large rock wall cliffs on part of the shoreline and the other part is nice ledge rock with grassy knolls up to it. There is also a pebble beach area! Large amount of acreage for development of your own private sanctuary along Lake Superior! 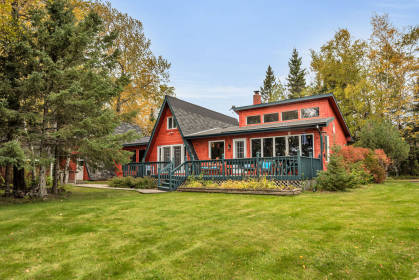 Feel the magic of the Inland Sea as you sit on the deck or snuggle up to the fireplace from the privacy of your unique newly restored A-frame on Lake Superior. The new addition of mud room/laundry room is an actual bridge spanning the garage and open kitchen/dining room. There are large French style patio doors opening to the deck extending the length of the house. A spiral type stairway to the loft opens from the dining room. There is a main floor bedroom with a large closet and an adjacent bath. Cathedral style wooden ceilings in the large living room with upper and lower windows give gorgeous views of the lake and the sparkling moonlight. There is a finished basement with tile floors for an office, a family room or a guest sleeping area (no egress) and a tiled shower in the second bathroom. 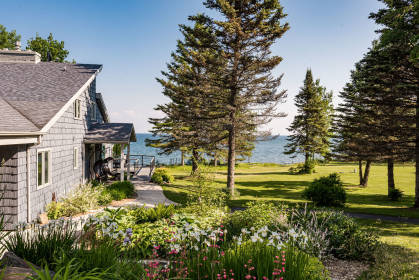 This lot is located at lot four, block four. This lot currently has a septic system on it that will be abandoned. 41 lots total in this new acreage development, including 4 lakeshore lots on Rush Lake. Final covenants and recorded plat will be complete soon. Please call for additional information. Bring your builders!