New York is the nation's third most populous state and ranks as the 27th largest state by size. It is often referred to as New York State to distinguish it from New York City, which, with a population of over 8,000,000 people, is the most populous city in the United States. Both State and City were named for the 17th century Duke of York, James Stuart, the future James II and VII from England and Scotland.

In contrast with New York's urban atmosphere, the vast majority of the State is dominated by farms, forests, rivers, mountains, and lakes. New York's Adirondack Park is the largest state park in the United States. It is larger than the Yellowstone, Yosemite, Grand Canyon, Glacier and Olympic National Parks combined. New York established the first state park in the United States at Niagara Falls in 1885. Today the state has 178 State Parks.

Upstate New York and Downstate New York are terms often used informally to distinguish New York City or its greater metropolitan area from the rest of New York State. The placement of a boundary between the two is a matter of great contention. Unofficial and loosely defined regions of Upstate New York include the Southern Tier which often includes the counties along the border with Pennsylvania, and the North Country which can mean anything from the strip along the Canadian border to everything north of the Mohawk River.

Weather in New York is heavily influenced by two continental air masses: a warm, humid one from the southwest and a cold, dry one from the northwest.

The winters are long and cold in the Plateau Divisions of the state. The summer climate is cool in the Adirondacks, Catskills and higher elevations of the Southern Plateau.

The New York City/Long Island area and lower portions of the Hudson Valley have rather warm summers by comparison, with some periods of high, uncomfortable humidity. The remainder of New York State enjoys pleasantly warm summers, marred by only occasional, brief intervals of sultry conditions. 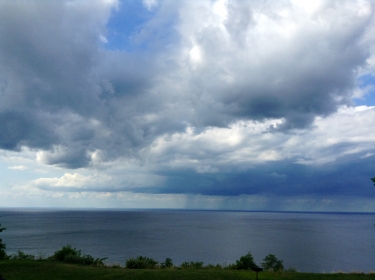 Live your dream in this partially completed Hampton Cottage offering the ultimate in sophistication and elegance on the luxurious North Shore. Private road leads to a gated 2.23 acre property perfectly nestled on the tip of historic Herod Point with unobstructed views of the Long Island Sound. Lush landscape with flowering shrubs, specimen trees and plantings, elegant stone patios and gallery with stone walkway set the stage for an ambiance of tranquility and serenity. Window wrapped walls create sun filled interior with plenty of space for all. Floor plan allows for 4 Bedrooms, 4.5 Baths which include first floor Guest Suite with Bath, Great Room with Fireplace, Study, spacious Kitchen with Dining Room, and second story Master Suite with Bath. Additional amenities include walkout level, finished Basement and over sized 2 Car Garage. Plenty of room for pool and or tennis court. House is under construction making it ideal for customizing. 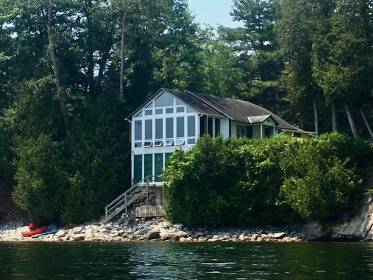 Enjoy spectacular views of Lake Champlain from the expansive wall of windows in the open concept living area of this 3 bedroom cottage that sits on 150 feet of waterfront. One of the original Adirondack style camps on Willsboro Point including original field stone fireplace and beautiful fir bead board woodwork throughout has been updated for more modern living including opening up the kitchen and living area to create a beautiful open flow, adding a master bathroom and a laundry room with extra storage. Beautiful outdoor sitting/dining area enjoys lake views looking easterly. Includes large L shaped dock system and a mooring. Includes .50 acre parcel directly across the road.